Sending our love to Kirsty and Jesse 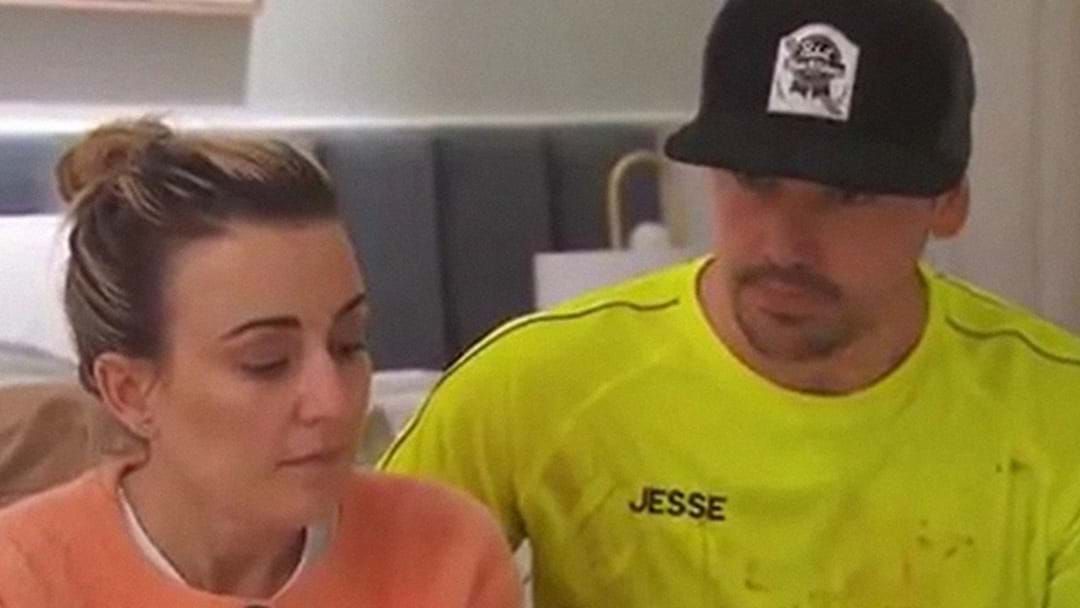 Saying it’s been a rollercoaster of a season for The Block’s Kirsty and Jesse would be more than a bit of an understatement; from witnessing the biggest scandal to hit Aussie television, to releasing a steamy music video, they’ve experienced it all.

Our favourite country couple had to unfortunately leave the show this week after receiving some absolutely devastating personal news.

Receiving a call from her mum that rendered her inconsolable, Kirsty found out that her beloved grandmother, Ellen, had tragically passed away.

“It’s just really hard to hear that she’s finally gone and I didn’t get to say goodbye to her. I spoke to her on the phone and she told me not to come home, that she was going to hang in there until I got back,” an understandably shaken Kirsty told producers.

Flying out to be with their family during the difficult times, the other Block couples put their differences aside, making a schedule to assure Kirsty and Jesse didn’t fall behind in the grand renovation.

"I have heard that some of you want to chip in and help get them across the line this week with their renovation which is fantastic and I know that they would be sincerely so appreciative," said host, Scott Cam, who had taken issue with some of the shade thrown between the contestants over the last few weeks.

"On behalf of our whole team, our crew and you guys, our thoughts and our best wishes and our love is with Kirsty and her family."