But experts are concerned 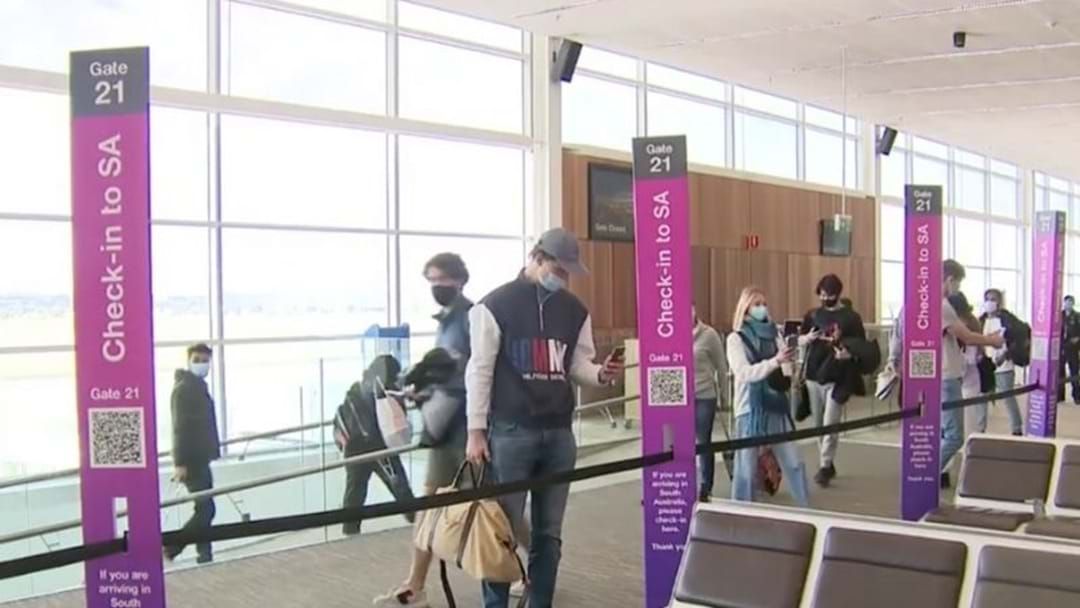 South Australians welcome back family and friends as the state’s borders reopen and the first flight lands in Adelaide.

After having the borders closed for months as the state struggled to get on top of vaccination rates, Adelaide has welcomed their first flight of travellers from Melbourne at 9AM this morning.

As the South Australian government prepared to open the borders at midnight, the state received over 29,000 applications for entry just yesterday afternoon.

There were also visible queues of cars at the Bordertown checkpoint waiting to cross after midnight.

The influx comes after the state made the decision to close its borders for 153 days to both New South Wales and Victoria.

The South Australian Government has made the call to open the borders to fully vaccinated interstate travellers who have applied through the EntryCheckSA system.

Travellers from ‘high-risk’ areas will still be required to quarantine for seven days after arriving in South Australia, while those travelling from low-risk regions will be required to return a negative PCR test 72 hours before their arrival in SA.

While Premier Steven Marshall says the state has been preparing for the inevitable influx of Covid cases, the University of Adelaide has released modelling that reflects the state is not ready for the predicted 5000 Covid cases to hit within 300 days.

The state currently has a 77.4 percent double dose rate which is only slightly short of the original target 80 percent.