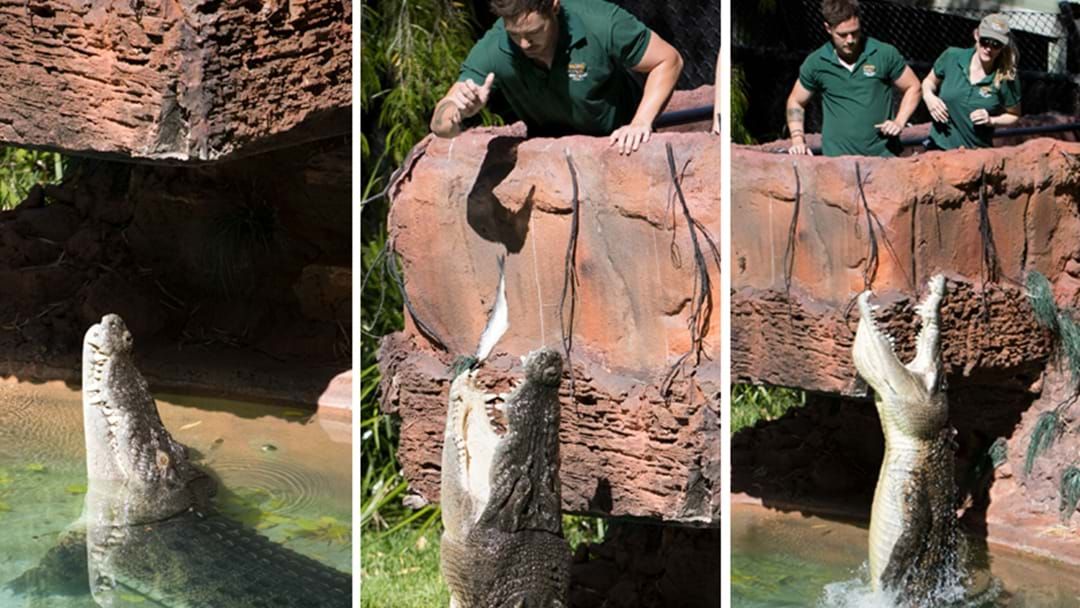 If ever, you've wanted to check out just how scarily impressive a massive croc is up close, then Perth Zoo has some news for you.

The zoo has shared with the world that ‘Dangalabba’, the Zoo’s Estuarine Crocodile, has entered the phase of his year where, put simply, he's pretty bloody hungry and is now looking for a good feed.

Emulating natural feeding patterns, the 4 meter long crocodile has had little to no food during the cooler seasons but will now feast as the weather heats up. On the menu today was a fishy seafood delight.

Crocodiles have the ability to launch half their body out of the water during an ambush attack. Dangalabba typically launches about 1.5 metres into the air during feeding times, he’s reportedly still learning and getting used to the larger pool and exhibit he resides in at Perth Zoo.

As he grows and gains confidence, it's believed his feeding activity will become more and more impressive.

Dangalabba is a rescue crocodile who has lived at a crocodile farm in Broome for many years after being removed from Darwin Harbour by wildlife officers who were concerned about public safety.

He is estimated to be approximately 35 – 42 years of age and is described as a ‘big boy’ in the prime of his life.

Could be just the thing to impress the kids with these school holidays.

Did you know? We have a podcast that's all about Perth? You do now.