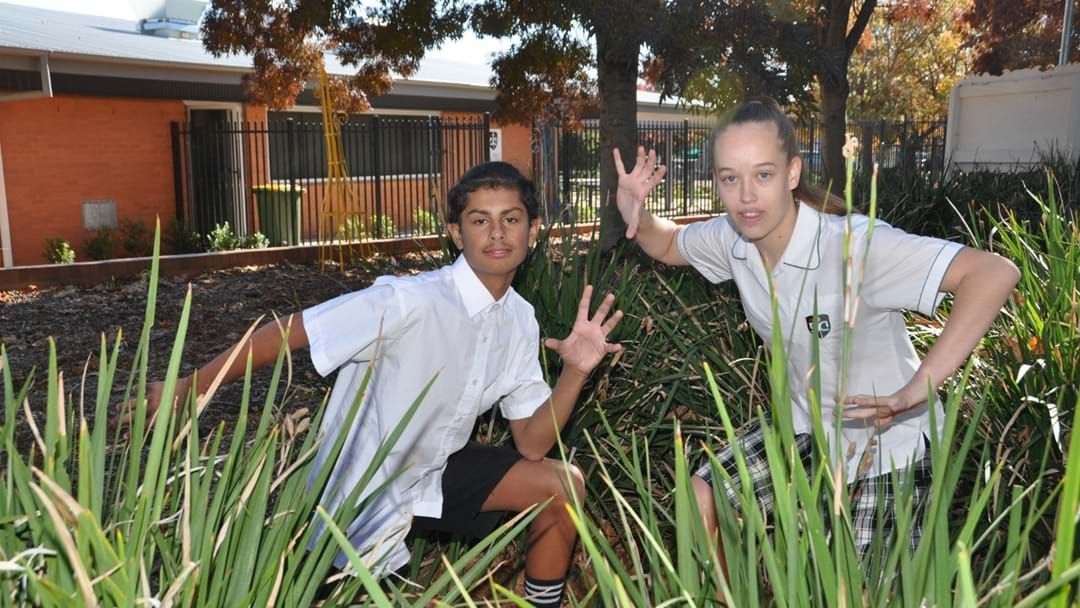 Two Dubbo College students have been selected as part of the prestigious NSW Public Schools Aboriginal Dance Company, with plans to perform later in the year at the State Dance Festival and the Schools Spectacular.

The pair will now work with teachers from the world-renowned Bangarra Dance Theatre, in a schedule of rehearsals beginning in August at the Robyn Webster Sports Centre at Tempe in Sydney.

This year represents the third time 15-year-old Holly has been part of the group and she said she was really looking forward to the opportunity.

“In Year 8 I was part of what they call the ‘B troop’ but in 2017 and this year I have been selected as part of the 30-strong ‘A troop’, which means I will be performing at both the State Dance festival and the Schools Spectacular, where we will be joined by another 200 dancers,” she said.

“I love working with the Bangarra teachers and they are the same teachers each year so you are able to develop a great relationship with them and the other students in the troop.”

Holly has been dancing since she was three-years-old and currently dances with Urban Edge Dance Studios in Dubbo. She said she enjoyed a range of styles including hip-hop, jazz, contemporary, modern and ballet, as well as Aboriginal dance.

Although this is the first year 15-year-old Kyle has been selected in the state Aboriginal dance company, he too has been dancing for many years.

“I’ve probably been dancing for about 10 years because I started in primary school and then when I went to Dubbo College I joined Doug Gordon’s Aboriginal dance group at Delroy Campus,” he said.

“I really got into it in high school and I’ve been performing with the other Delroy students and Adam and Jamie Wiseman’s group for a while.

“I really like the Aboriginal dancing because it helps me learn about and be a part of my culture.”

Kyle, who is also in the ‘A troop’, said his family strongly supported his dance activities and he was really looking forward to travelling to Sydney for the rehearsal program.

Rehearsals are planned for August, September and November, with the State Dance festival taking place on September 14 and the Schools Spectacular from November 22 to 24.