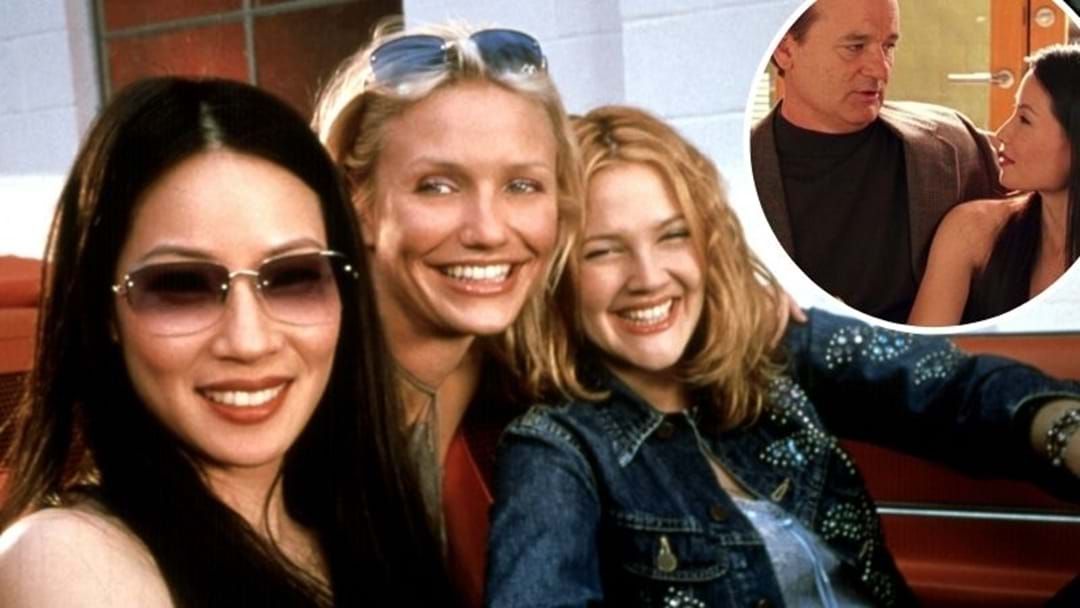 If you’re a 90’s kid, look away because this could change the way you see one of our all-time favourite movies.

The Charlie’s Angels franchise was a favourite in millennial households for years, with Drew Barrymore, Lucy Liu and Cameron Diaz stepping into a now almost 50-year legacy and creating some of the most badass films of our time, especially for young girls.

The movie brought some of our fave characters including the hair sniffing creepy thin man and of course, the laugh mongering Bosley who was initially played by comedian Bill Murray before the role was passed onto Bernie Mac.

What many of us didn’t know is that there was some on set tensions bubbling between Bill Murray and Lucy Liu which only came to light many years after filming wrapped in 2002.

While we don’t know the exact nature of what was said, Liu discussed the feud during a chat on the Asian Enough Podcast last year in July and here’s what we do know.

Apparently, Murray who’s notorious for his dry humour made some uncivilized comments toward Liu who was very quick to defend herself against the offensive remarks.

The other angels have not openly discussed the issue until now with Drew Barrymore stepping up and backing Liu as a true angel should.

During a recent episode of The Drew Barrymore Show, Barrymore said that she had Liu’s back during the feud but did not offer much information as to what feud was actually about.

“What really happened was Bill was just in a — you know, comedians can be a little dark sometimes — and he just came in in a bad mood.

“And what you have to know is how much Lucy stood up for herself and that was the great thing that came out of an unfortunate circumstance. She literally said, ‘I do not accept that kind of behavior from you.’ And we all supported her and backed her up and we moved forward,” she said.

Drew comments on the strength it must have taken for Liu to stand up to someone with as much star power as Murray.

“I respected her then, I respect her now. I am proud of us as a team and a company that we didn’t tiptoe on the eggshells.

“We dealt with it right then and there, we were strong and we moved forward and we didn’t accept anything less moving forward.”

Good to see the gals sticking together after 20 years!

A new Charlie's Angel film has since been released starring Kristen Stewart, Aladdin's Naomi Scott, Ella Balinska and the franchise's first female Bosley played by Elizabeth Banks which you can watch on Amazon Prime.

Catch up on the latest in Hit Entertainment news below...
Download LiSTNR and enjoy a new world of audio. All your favourite shows and stations in one library.