DiCaprio, Streep, Lawrence And Hill Star In Trailer For Netflix's "Don't Look Up"

Alongside a HUGE A-list cast 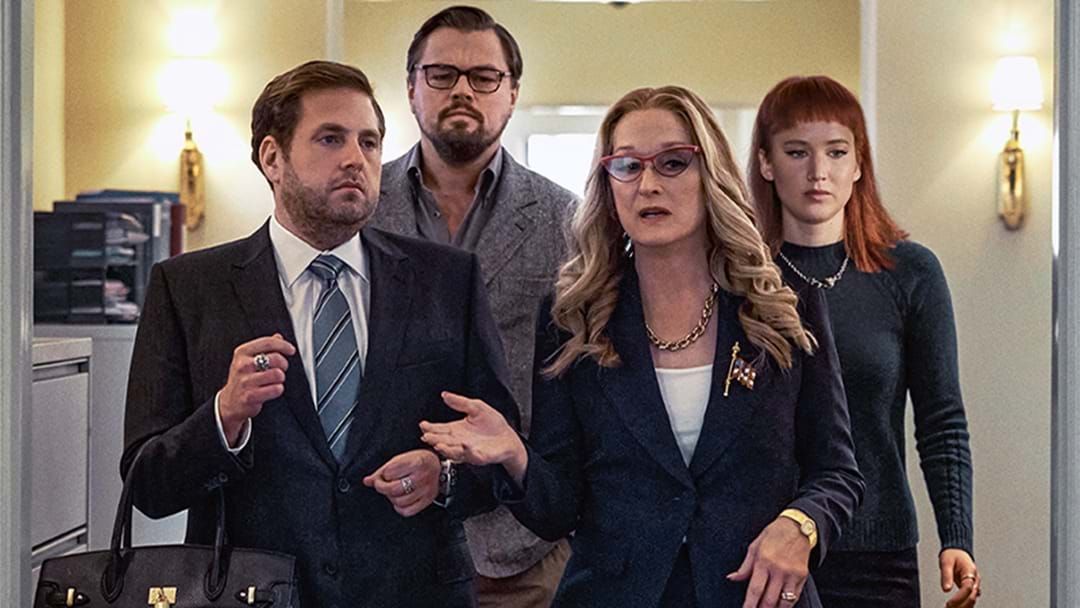 Netflix have released a hilarious trailer for their upcoming satirical science-fiction/black comedy flick, Don’t Look Up.

The film stars Leonardo DiCaprio and Jennifer Lawrence as two ‘low-level’ astronomers who set out to inform the world about an oncoming meteor that’s large enough to destroy Earth. The catch? Nobody seems to believe them.

Alongside DiCaprio and Lawrence (who are reportedly receiving a cumulative total of $70M for the flick) is an absolutely A-star ensemble, which includes the likes of Meryl Streep, Ariana Grande, Cate Blanchett and Chris Evans, among many others.

Directed by Adam McKay (Step Brothers, The Big Short), the trailer provides great insight into the tonality of the movie, depicting a blend of on-the-nose humour and anxiety-inducing drama.

Don’t Look Up will be hitting Australian cinemas on December 9th before heading to Netflix on Christmas Eve.