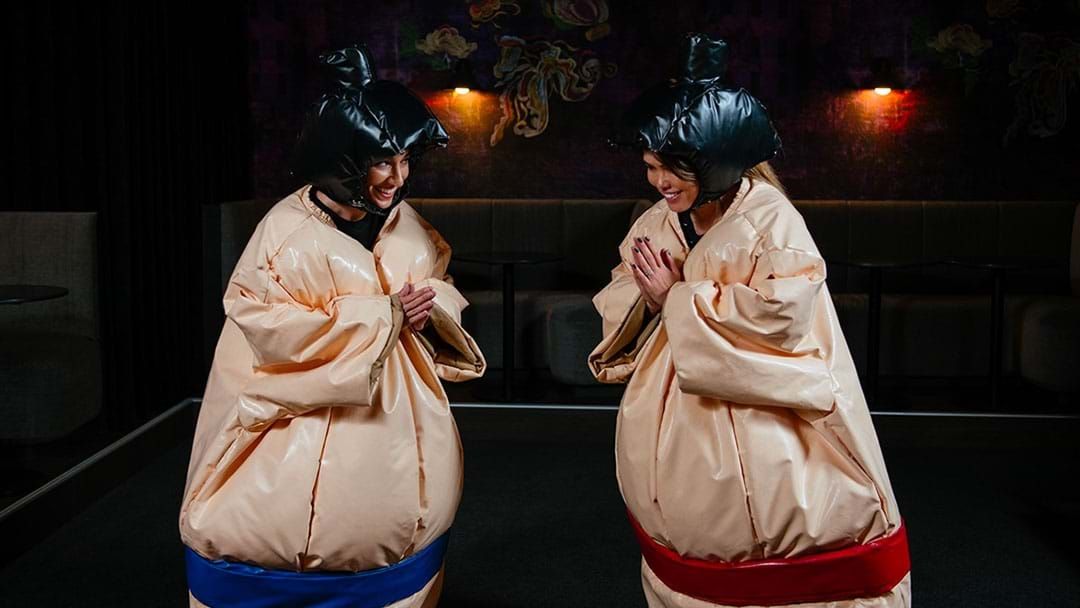 This year, the City of Perth’s ‘Let’s Thursday Like We Friday’ campaign is back, which means once again, our city’s restaurants and bars are offering up special deals on Thursday nights to get us all out and about.

With just two more Thursdays left in the month, why not head over to Goody Two’s for a bevy and a chance to knock out ya mate via giant novelty sumo wresting suits?

“A form of competitive full-contact wrestling, Sumo originated in Japan - the only country where it is practiced as a professional sport... Until now,” the Facebook event reads.

“To celebrate City of Perth's #letsthursday campaign, every Thursday in May we'll be hosting our very own Sumo Wrestling tournament... Goody's Sumo!

“Get in early to fuel yourself with $2 yakitori skewers 'til 6pm, and wash down with $8 pints of Pirate Life Brewing beers and $10 highball cocktails for that liquid courage!

“Whether you need to let off steam after work, prove your strength, or see your mates waddle around in giant plastic Sumo suits - we've got your Thursday night covered.”

Heidi Opens Up About Her Own Experience Following Alabama Abortion Ban