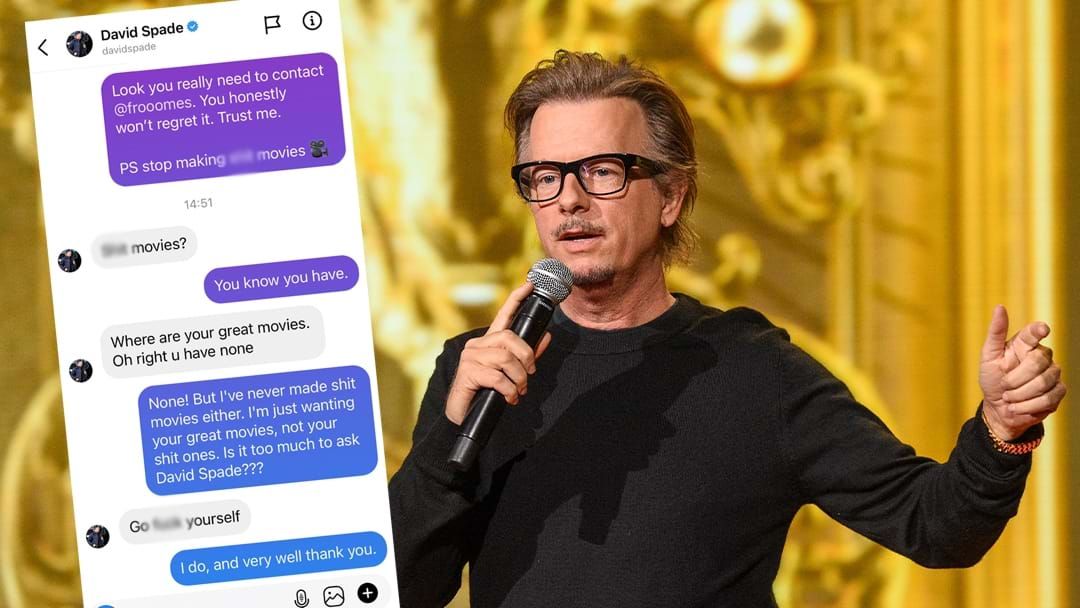 We all know David Spade from his long list of films, TV shows, and stint on Saturday Night Live in the 1990s. We've seen his goofy side in Grown Ups & The Benchwarmers, but now we get to see what he's like in the DM's. Clashing with an Aussie Celeb over some drunken Instagram messages.

David Spade spotted on his phone in LA. SOURCE: Getty

Yvie Jones joined the Hit Network's Gawndy & Maz to chat about the fiery encounter. Explaining that she doesn't even remember sending the message. But based on the dates, it's likely it was mid-lockdown message after a few bottles of red.

The messages started with a cheeky 'wing-women' nudge, suggesting that he should contact her friend @Frooomes, who has a crush on him. But took a quick turn with her adding "PS stop making s*** movies"

See the fiery encounter below.

Missed the chat? Have a listen to Yvie's story here: