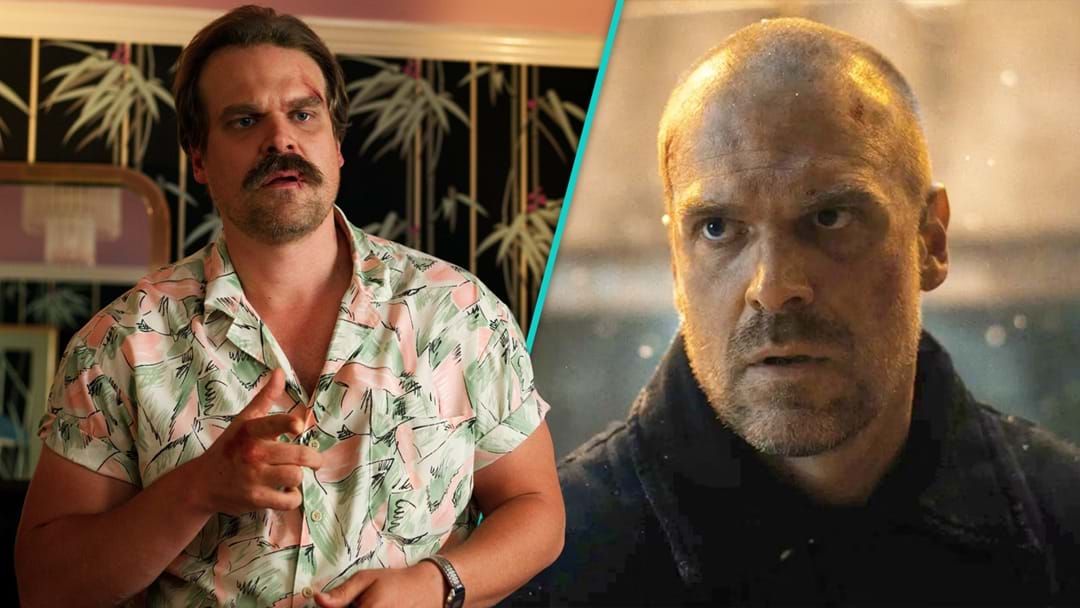 *HEADS UP: This article contains spoilers for Strangers Things 4, Vol. 1 and 2*

Look, we’re going to say it; we have a bone to pick with Netflix over their treatment of The Hop during the recent Stranger Things finale!

After finally returning to Hawkins (following an extended stint in a literal gulag), most of the characters greet Sheriff Hopper by alluding to his drastic weight loss – no ‘hello’, ‘how was prison’ or ‘dang, where you been, boi’ in sight!

We’re just saying, it seemed a little off!

With that out of the way, we just want to know… how much did David Harbour lose between seasons and how did he do it?!

The 47-year-old Hellboy star (and husband of Lily Allen) told GQ he lost ‘about eighty pounds’ (36 kilograms) between seasons to accurately depict how his character would look after spending six months in a Russian prison.

Harbour revealed he achieved the weight loss over the course of 8 months by picking up pilates and practicing intermittent fasting, but admitted he's apprehensive about repeating the process.

“I don’t think I’ll ever do it again,” he told the publication.

“I have this Santa Claus movie coming out for Universal in December and I gained [it all back].”

Talk about an Absolute King move!