All the details for this weekend's GF 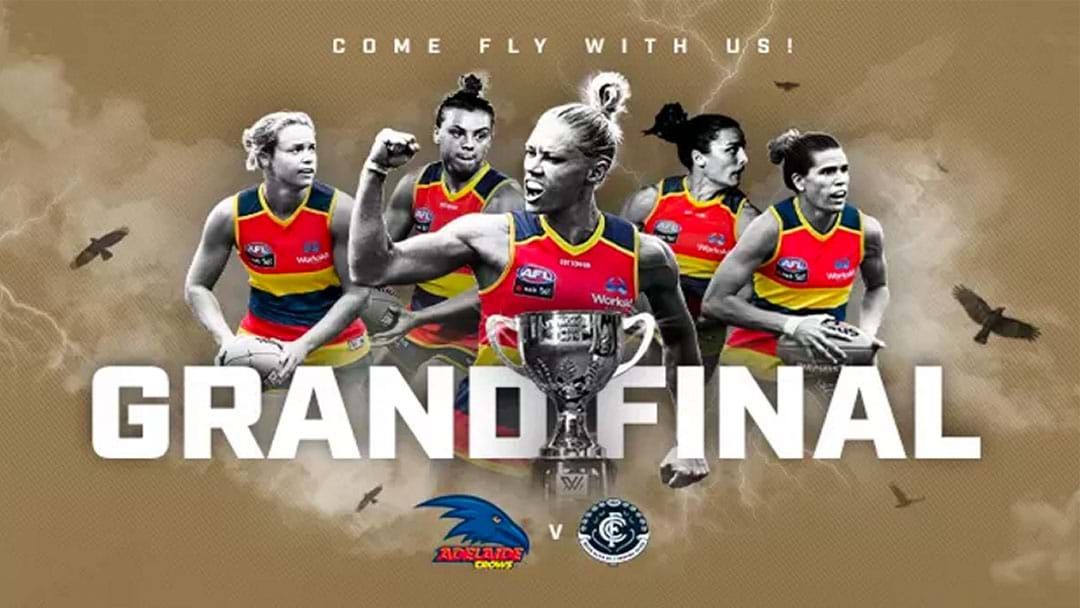 The Crows girls are putting the finishing touches on preparations for Sunday's AFLW Grand Final against Carlton at Adelaide Oval.

It'll be the second time Adelaide has made it to the big dance, taking out the inaugural Premiership in 2017 and as many as 15 players could take out their second cup.

They're hoping for crowds of more than 20,000 at Adelaide Oval this weekend after 13,000 attended last weekend's pre-preliminary final.

Carlton bring with them Tayla Harris who's stood proudly in support of women in sport after an image of her high kick went viral for all the wrong reasons.

She played in the Brisbane side that was defeated by Adelaide in 2017, the only player from Carlton's side who's played in a Grand Final before.

Amy Shark will be performing before the game and we'll have hit107's Black Thunders at the ground from 10.30am giving away free stuff and putting crows glitter on young fans.

Star midfielder Ebony Marinoff popped in to see Bec and Cosi this morning and says they're hoping for lots of noise from the crowd when the game kicks off at 12.30 and it's all free!