CRIKEY | An Extra Fathers Day Surprise For One Townsville Dad 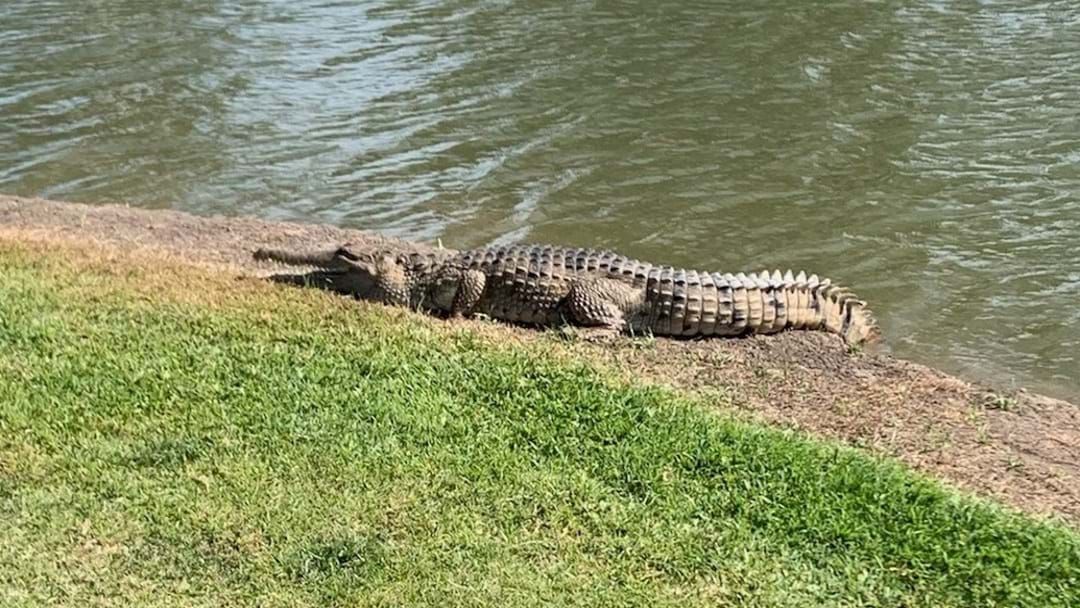 Bernie Maye and his sons were playing a game golf at Tropics Golf Club on Father's Day and were joined by an extra player - a croc!!

"We were teeing off on the third hole, the ball went over and landed on the fairway. We made our way over and the croc was about 8 meters from the ball, just relaxing and sun baking. It didn’t seemed bothered at all," explained Bernie.

This isn't the first time the scaly player has made an appearance at the course!

"It must have been there for a while. A mate of mine took a photo of it recently."

Although Bernie and his sons got a shock, it didn’t stop them from finishing the game.

The biggest surprise for Bernie wasn't the croc, but the fact that he realised he lost the game – always next Father’s Day Bern!

THE SUPERCARS ARE COMING BACK! THIS IS WHAT CRAIG LOWNDES SAID ABOUT THE FUTURE OF THE TOWNSVILLE 400...