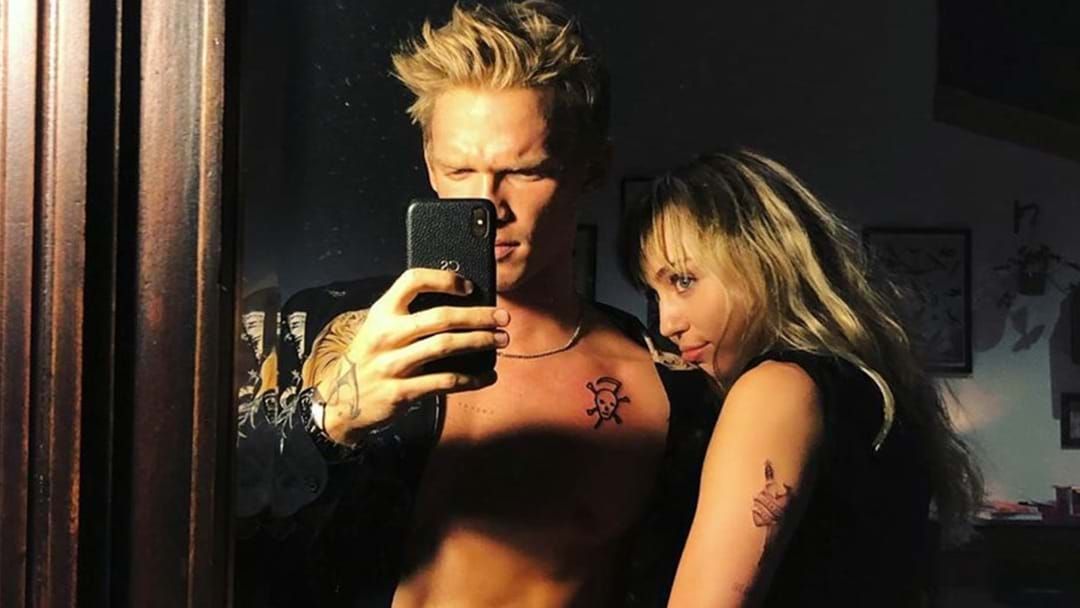 Miley Cyrus and Cody Simpson’s relationship may have appeared completely out of the blue to us fans, but speaking about his new girlfriend after going public earlier this month, it seems the pairing isn’t as random as people may have assumed.

Chatting with the Hit Network’s Heidi, Xavier & Pete with Juelz this morning, fresh after winning The Masked Singer as The Robot, Cody revealed he and Miley actually dated for a very brief period about four years ago!

“We were together for a minute back then. We were just partying a lot, we were just having fun… We’re both sober now so it’s a lot different.”

He also confirmed the pair are in talks to collaborate a little further down the track!  Take a listen: