Entertainment NewsClass Sit Down, Mr. G Is Getting His Own Spin Off Series!

Class Sit Down, Mr. G Is Getting His Own Spin Off Series!

It's G time, not free time! 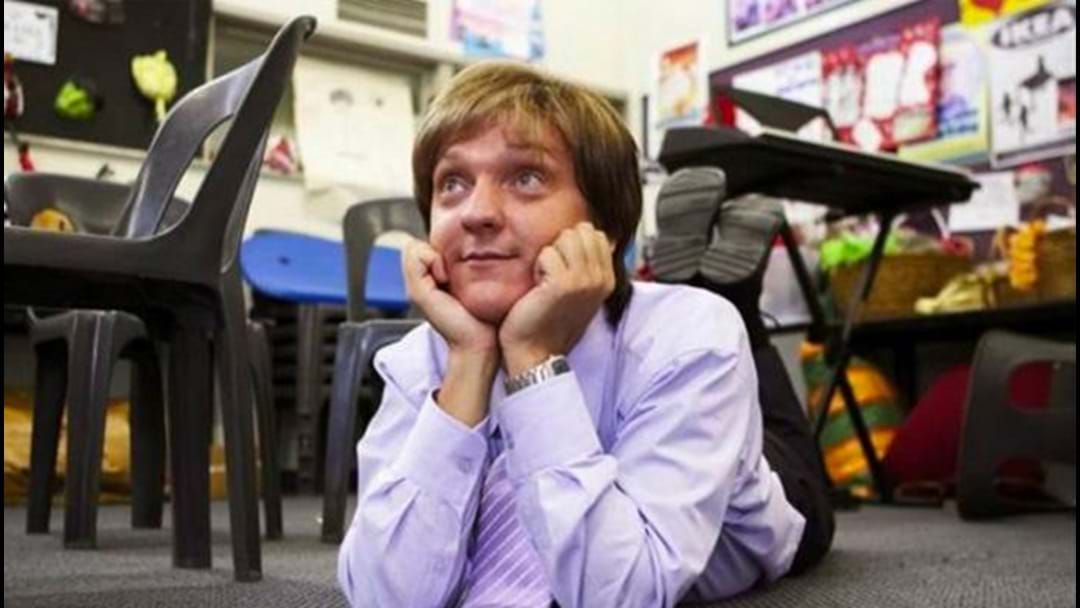 We're not going to lie, this news made us want to march into the staff room and scream at the top of our lungs. We wanted to interpretive dance down the hall and burst into class assembly, face mask and all.

Chris Lilley has revealed that Mr. G will be getting his own spin off series.

The actor and creator of Summer Heights High amongst other Australian master pieces, sat down for a Reddit Ask Me Anything recently and dropped some HUGE Rock Eisteddfod size bombshells about his future plans for the characters.

Firstly, Chris revealed that he has 'something big' in the works and couldn't say anything about it. Next up he confirmed with another user that Ja'ime, Mr. G and Jana (from the recent Lunatics series) are his three favourite characters and finally when asked if our favourite drama teacher would be getting his own spin off, Chris said; ‘Yeah probs. They’ll all come back eventually.'

That's all we need.

An entertainment industry professional for the price of a teacher...