Power of the people! 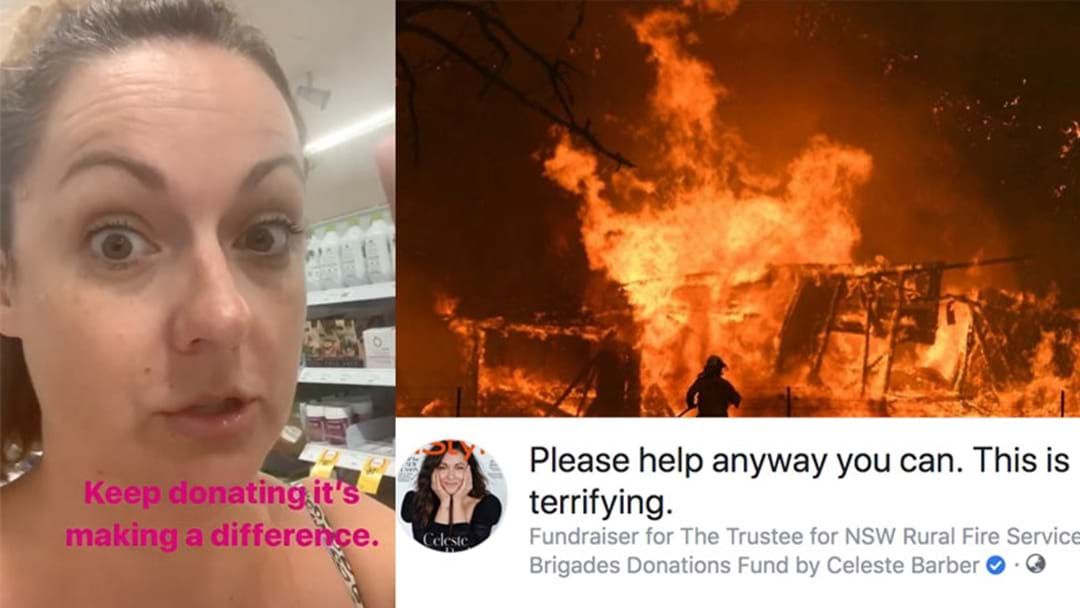 Australian comedian, actress and Instagram star Celeste Barber has quickly become a fundraising force to be reckoned with during this bushfire crisis.

On Friday (yes, only days ago) Celeste set up a fundraising page on Facebook to establish a place for her followers locally and internationally to donate funds to volunteers, various fire brigades and wildlife organisations.

After sharing images from the evacuated coastal town of Eden in NSW, where her in-laws live, donations began flooding in from all around the world, with big name celebrities like Kris Jenner and Lizzo sharing her link.

Now, Celeste’s fundraiser is sitting at OVER $32.6 MILLION.

With no signs of slowing down, Celeste has raised the goal amount to $35 million… but to be honest, that number will probably rise too.

Last night, Barber shared footage of her mother-in-law, Joy Robin, calling out the government’s lack of action to reporters:

You can donate to Celeste’s fundraiser here.