Central West News"Can you guess which of these Hollywood movies were filmed in NSW?

Can you guess which of these Hollywood movies were filmed in NSW? 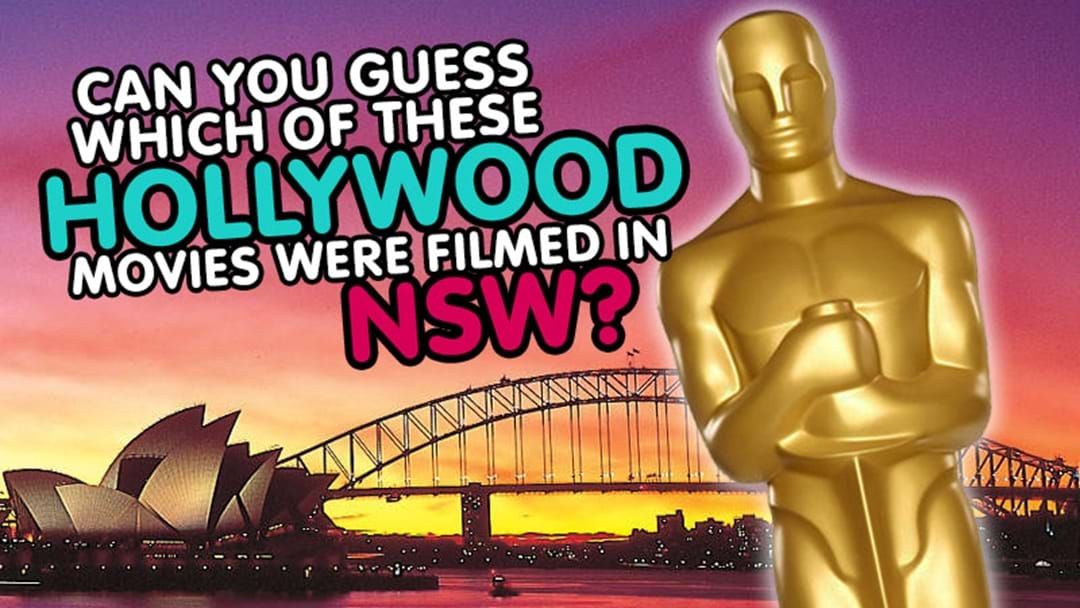 With the 89th Academy Awards taking place in LA this Monday, we thought we'd celebrate the biggest awards night of the season by looking back at the biggest Hollywood movies that were filmed right here in NSW!

10 Aussies are nominated for an Oscar this year including two of our proudest exports - Nicole Kidman and Mel Gibson.

Also, the film 'Lion' is up for Best Picture this year and was filmed right here in Aus - which got us thinking about all the massive Hollywood movies that have been brought to life in our very backyard.

But how many can you name?

Take our quiz to find out which Hollywood blockbusters were filmed here in NSW!

You can watch the 89th Academy Awards on Channel Nine live from 10am (AEDT) with the red carpet and through to the main ceremony, which will kick off at 12:30pm (AEDT).

Nine will replay the ceremony later that evening from 7:40pm (AEDT) on digital channel 9GEM.