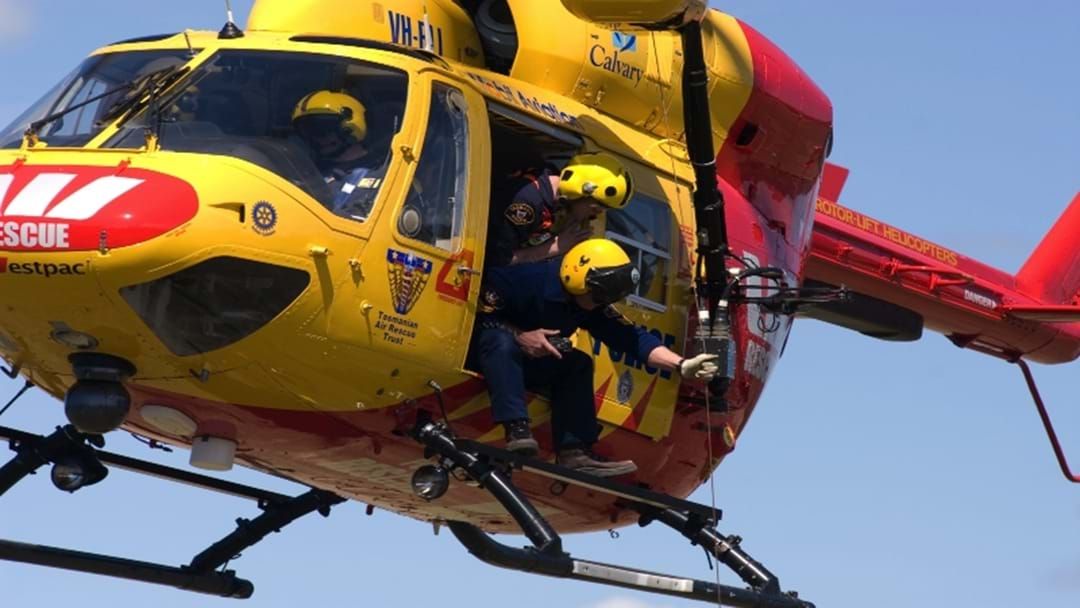 A marine and air search for three missing people onboard a boat off Tasmania's north-west coast has shifted gears as conditions worsen.

Tasmanian surf lifesavers have been pulled from the search as extreme weather threatens efforts to locate the missing crew.

Stay up-to-date on the latest news with The Tasmania Briefing - keeping you in the loop with breaking news as it hits.

Police earlier reported that a17ft yellow and white Caribbean half cab vessel took to the water on Monday around noon at the Wynyard Boat Ramp, expecting to return to land in three to four hours’ time.

However, when the boat and its occupants had not returned by 5:30pm the alarm was raised.

Police vessels, helicopters, local boaties and a large group of friends and family have been looking for the missing trio since authorities were notified.

Unfortunately, by Tuesday afternoon, water was breaking up between Wynyard and Rocky Cape, hampering search efforts.

Surf Life Saving Tasmania coordinator Boyd Griggs said the focus would now shift to searching the coast from the air as family and friends of three missing boaties get more desperate for news.

“It’s getting to the point of being dangerous out there,” Mr Griggs said.

“We have found nothing, and time is going by”

“But on the upside if the boat had gone down, we would expect to find debris so that could be a good sign,”  he said.

Authorities are asking for anyone who has had contact with the trio since 3pm yesterday or knows their intended movements or whereabouts to contact police.