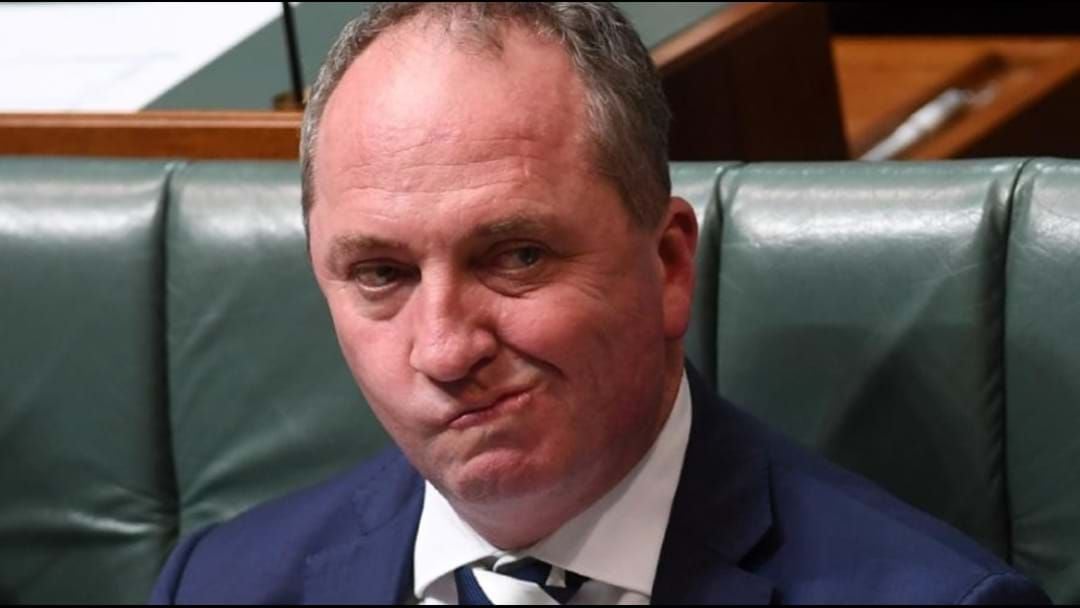 Barnaby Joyce directly lobbied both the prime minister and the federal Nationals leader to speak out against a NSW bill to decriminalise abortion.

Mr Joyce also threatened to quit the Nationals after being criticised by his party for leading an anti-abortion rally in Sydney.

Despite his high profile interventions and threats, Nationals Leader Michael McCormack said the abortion legislation was a matter for the state's parliament.

"It's a heated debate and I appreciated that, but it's also a debate that will be decided by the NSW parliament," Mr McCormack told radio on Friday.

Home Affairs Minister Peter Dutton hosed down Mr Joyce's threats to defect to the federal crossbench, which would destroy the government's one-seat majority.

"He's not going to pull the pin - he is of the National Party and he will remain there," Mr Dutton told the Nine Network.

Some NSW Nationals are furious with Mr Joyce for trying to meddle in state affairs, but Mr Dutton said the maverick MP should not be punished for his beliefs.

"Barnaby has a set of core beliefs - he is speaking to those beliefs - we live in a democracy where people can speak and you can disagree or agree with them," he said.

"I don't think you chastise him on that basis."