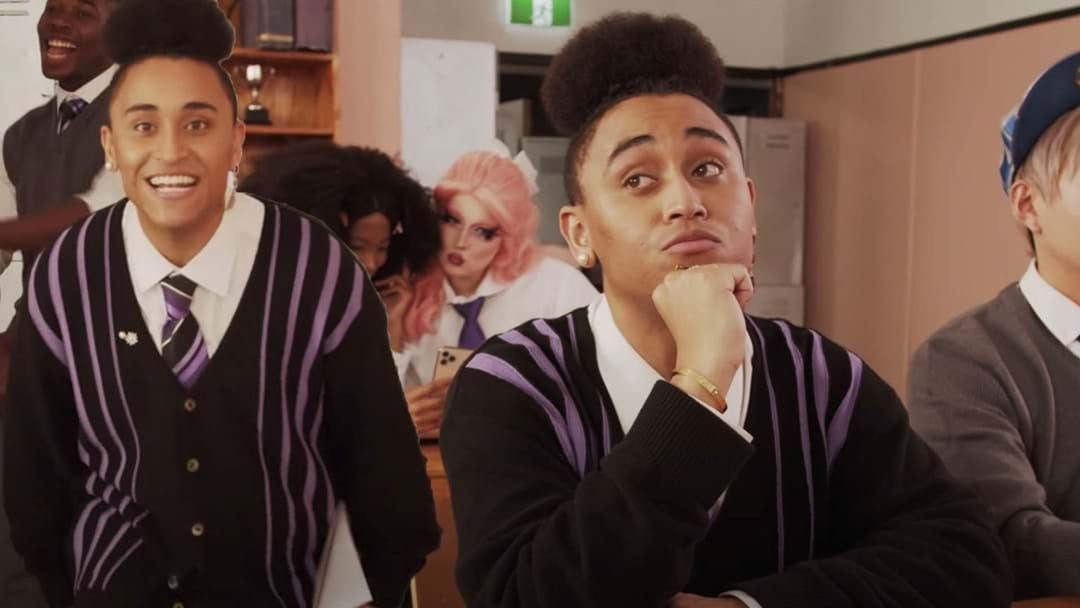 JamarzOnMarz is an LGBTQIA+ rapper on the rise in Australia and he's making it his business to change something that has been quietly bubbling away in classrooms across the country.

Discrimination against people of colour and their natural hair.

While also tackling the topic of first love (ah the memories) Jamarz has lifted the lid on his own experience and discrimination against him while at school, for the way he wore his hair.

Specifically being a proud person of colour of Kenyan descent and being forced to shave his braided hair in high-school, when his white classmates could style their hair how they chose, JamarzOnMarz is also behind a viral petition to stop independent schools discriminating against students through their uniform policies.

To date, his petition has gathered more than 25,000 signatures, and the hip hop trailblazer hopes the visual portrayal of events will stimulate the legal change he is fighting for, highlighted in his latest track 'Tomorrow' - a story about his partner and own tale of discrimination.

When speaking with the performer he cited Nicki Minaj and Lizzo as his inspirations but also was disappointed that Lizzo is often hitting the headlines because she's loud and proud and looked forward to a day when that wasn't the case and it was more about someone's talent.

When speaking about his own journey, the rapper said;

"I’m confident in my messages and what I’ve got to spread, everything has played a role in where I’m at now. It is a bit sad looking at other countries who have already achieved this change when it comes to something like hair, I’m hoping Australia will become a melting pot and understand we're being told to change a part of our culture".

You can get your hands on Jamarz single 'Tomorrow' here.

If you're in Newcastle, you can catch JamarzOnMarz at Heaps Gay on November 19 or at the Red Rattler Theatre on the 27th November in Sydney as part of the Great Southern Nights festival.