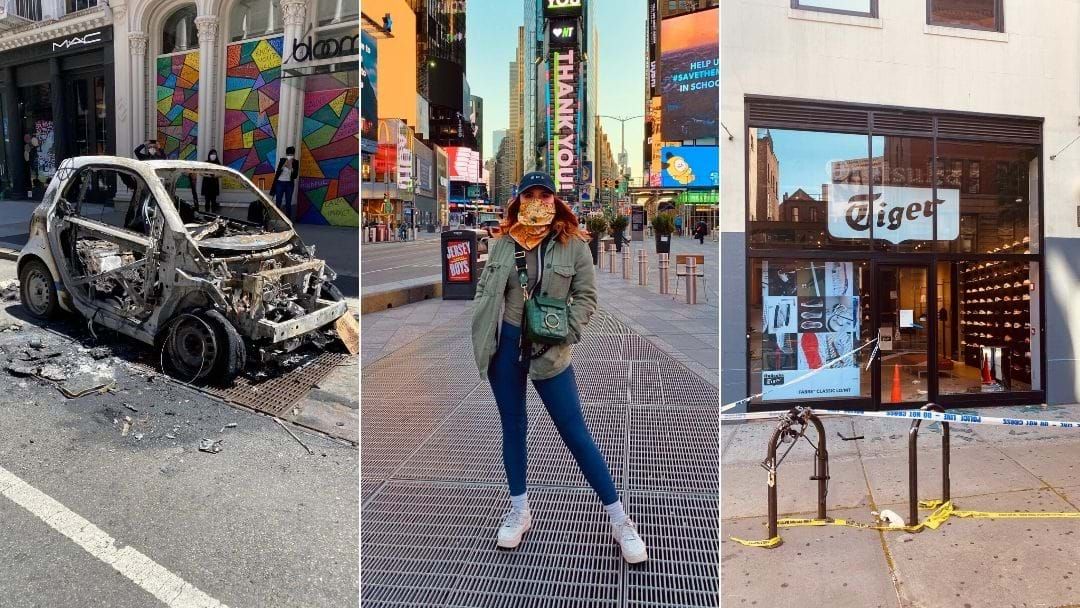 This morning, Bronte & Sam were joined by Aussie expat Alex Scoffell, who lives in New York City, to chat about the riots and looting happening across the USA as part of the Black Lives Matter activist movement in response to the murder of George Floyd.

Alex has witnessed mass destruction over the past week, including the company she works for being looted, claiming that the city "literally looks like a war scene".

However, while acknowledging that "two wrongs don't make a right", she claimed that "change has never come in the U.S. from peaceful protest", and despite a few extremists she's seen an outpouring of support from the community.

"There's a small minority within each community that unfortunately has a negative portrayal, especially in the media. And that's not the case all across the board. There is so much love and kindness, and the energy is completely shifted in New York right now, and not only in New York but over the entire of America.

Alex also spoke about the underlying issues plaguing the country, including the government and authoritative figures, discussed concerns surrounding COVID-19, and outlined what we, as Australians, can learn from the USA at this time, adding:

"If anyone can just try their best to learn and educate themselves, that's all we can do at this point."

Hear the full conversation with Alex below...