Has a... unique look 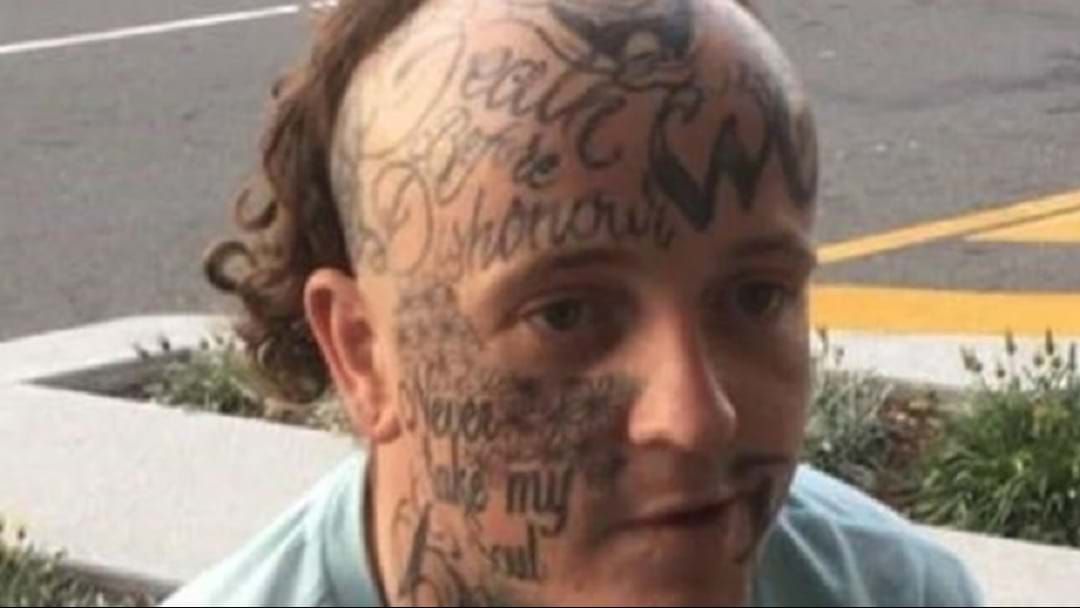 The hunt continues for a distinctive looking man wanted over a series of alleged robberies and crimes across the Gold Coast.

Police are searching for a man (pictured) with a receding mullet and extensive facial tattoos linked to the theft of $480 worth of sex toys including vibrators from an adult sore at Oxenford on June 18.

It is believed the same man is behind the alleged robbery of a convenience store at Surfers Paradise on June 26, when a mobile phone and two sour gecko lollies were stolen.

The same man has been linked to the alleged robbery of a woman's phone at Coombabah the next day, as well as an alleged break-and-enter at Southport on June 28 when a Mazda 3 was stolen.

Police also claim the man drove off with a stolen Audi Q5 from an Ashmore home in the early hours on June 30, swiped a wallet from a parked car at a shopping centre in Southport on July 2, and used its bank cards to make five fraudulent transactions in Broadbeach valued at around $296.