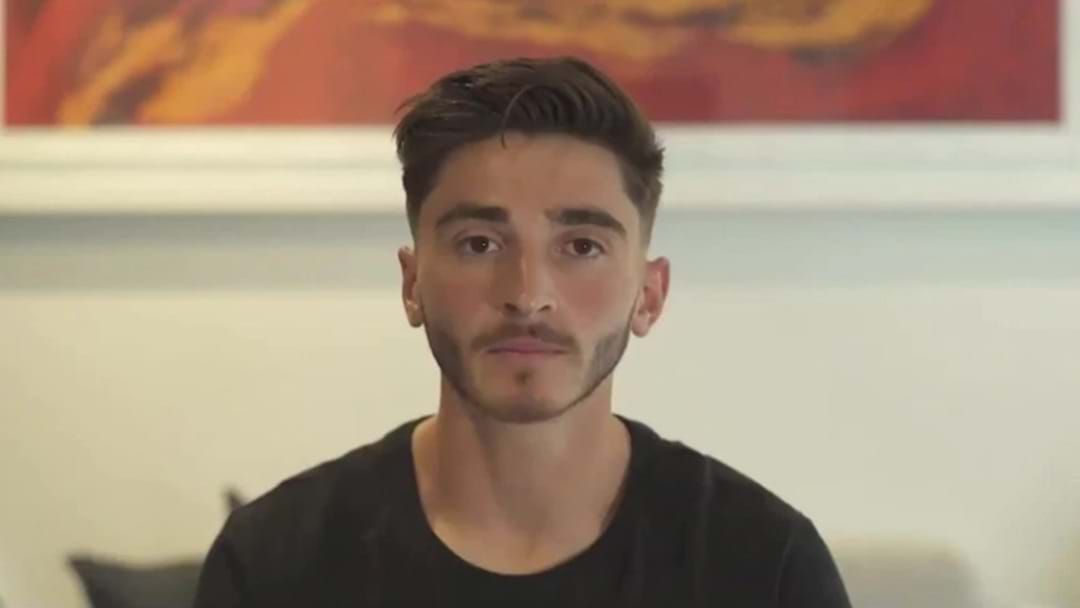 The first openly gay A-League football player in Australia, if not the world, Cavello's brave and emotional admission was received with boundless praise.

The 21-year-old mid-fielder, announced his identity via Twitter on Wednesday, admitting he was “finally comfortable” to come out publicly.

“Today I am ready to speak about something personal that I’m finally comfortable to talk about in my life,” Cavallo said on Twitter.

“I am proud to publicly announce that I am gay"

“It’s been a journey to get to this point in my life, but I couldn’t be happier with my decision to come out. I have been fighting my sexuality for over 6 years now, and I’m glad I can put that to rest.”

In a very candid video, Cavallo admitted that while growing up he feared being identified as gay would get in the way of playing professional football.

"I was ashamed. Ashamed that I'd never be able to do what I love and be gay. Hiding who I truly am to pursue a dream I always wished for as a kid," Cavallo said.

"All I want to do is play football and be treated equally."

Tired of living a double life, the young Socceroo posted to twitter that he had been "fighting his sexuality" for six years and it was "exhausting".

Cavello posted that he wanted to show people it's okay to be gay and play football.

"The response and support I've received is immense. It's starting to make me think 'why have I been trying to hide this burden for so long?'"

"I know there are other football players living in silence. I want to change this, to show everyone is welcome in the game of football and deserves the right to be their authentic self," Cavallo wrote.

Congratulated by the sporting community for his brave declaration, his team and the A-League posted their support.

“We are so proud of you Josh! You will always have our support,” the A-League replied to his Tweet.

Cavallo hopes sharing his truth will help others who are in a similar situation to feel less alone.