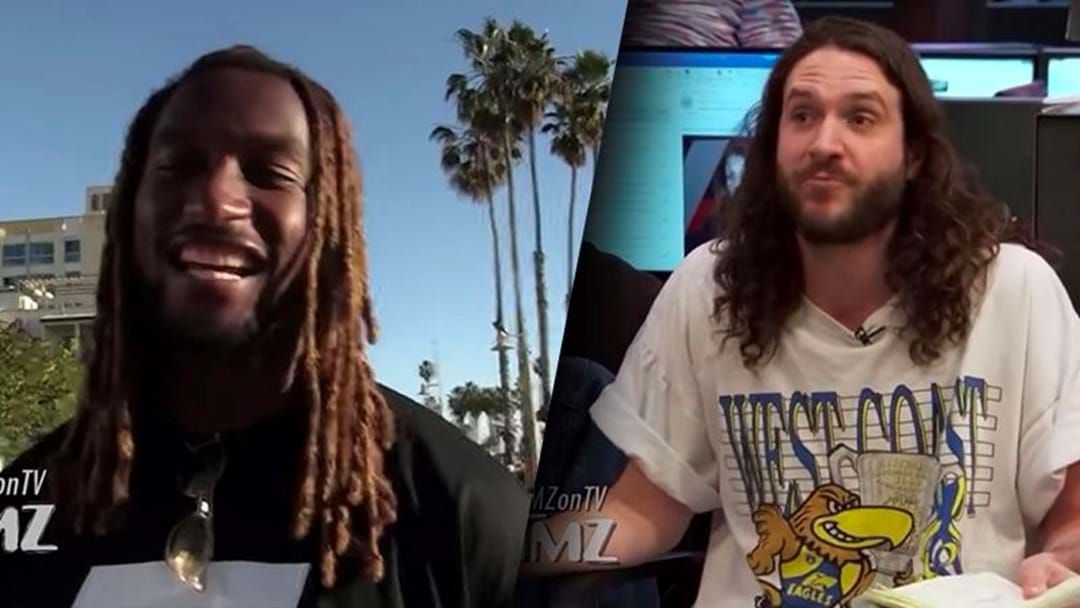 We figure there’s not a lot of overlap between footy fans and habitual watchers of TMZ so it’s probably not widely known that a presenter on the network named Charlie Cotton is a massive West Coast nuffie.

So, when he bumped into Nic Naitanui on the streets of LA he naturally lost the run of himself completely.

His TMZ colleagues couldn’t really understand the concept of the AFL, but did have an idea about what would happen after Charlie asked Nic Nat to teach his American wife how to kick a footy.

“Yo Charlie, this guy’s gonna bang your wife bro!” one of them said.

He didn’t really have a problem with it though.

We doubt it will go down that way, but we wish the recently married couple all the best.