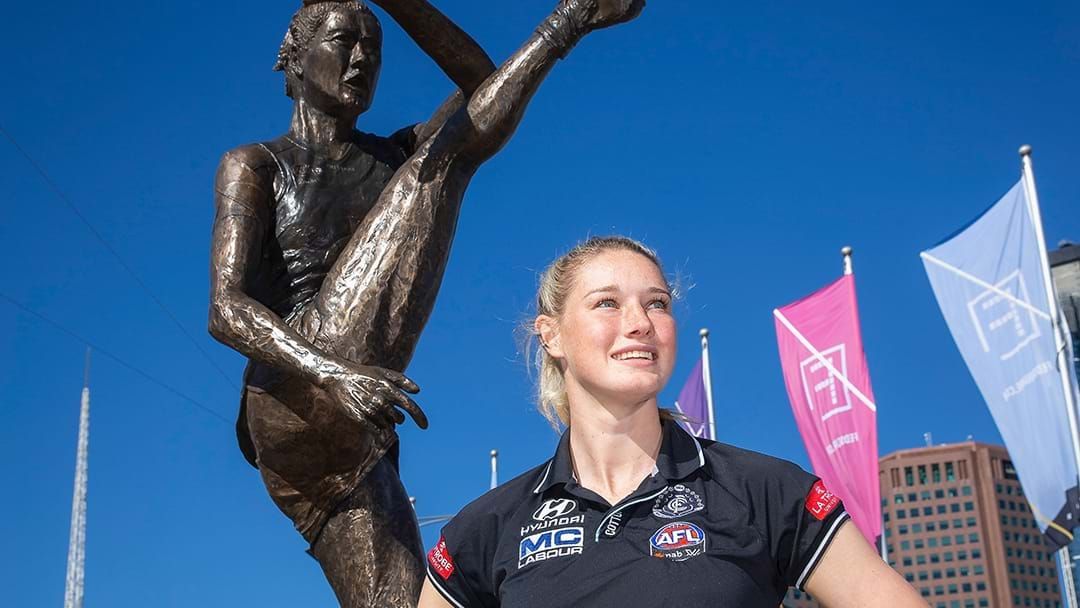 AFLW player Tayla Harris has received one of the highest honours in sport by being immortalised in her own statue. The bronze figure, which is modelled by a photograph of her kicking a football, was revealed in Melbourne's Federation Square.

The picture, taken at a match against the Western Bulldogs, became a target of online trolls and sparked conversation around sexism in women’s sport.

“It’s more than me just kicking a football, it’s a message, it’s a turning point in Australian society, so it’s something I can be personally proud of,” Harris told ABC at the unveiling.

The statue will stay in Federation Square until the end of the AFL finals period with its permanent location yet to be determined. The work’s artist Terrance Plowright says ‘the dream’ would be to have it placed outside the MCG amongst other football and cricket icons.

The AFL to honour Danny Frawley this weekend...