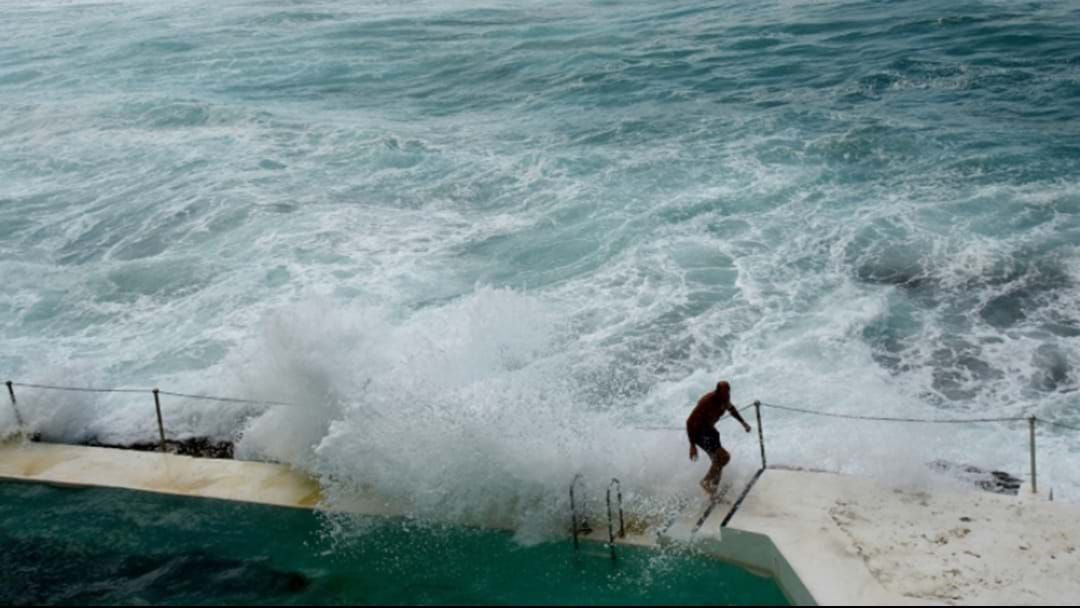 While today may have started off all nice and sunny, don’t expect it to hang around for too long.

The Bureau of Meteorology has issued a severe weather warning stretching 1000km along the NSW coast.

A front, which is crossing the state, is expected to deepen into a low-pressure system off the southern half of the coast of NSW late on Monday, the Bureau of Meteorology warns.

Damaging winds up to 70km/h with gusts over 90km/h are expected to hit the coast late in the day and through Tuesday.

Heavy surf, over five metres in parts, could cause damage and erosion as the system moves north.

"People should stay well away from the surf and surf exposed areas," the BoM said in a statement on Monday.

South facing beaches will be the most affected.

The system, which will extend from the Victorian border to Kempsey and as far west as the great dividing range, will gradually ease from the south on Tuesday.

The BoM also released a warning aimed at sheep graziers in the affected areas, warning that cold temperatures carry a "risk of losses of lambs and sheep" if they're exposed to the system.

You're going to need a Boarding Pass if you want to head to Europe with Carrie and Tommy & Hughesy and Kate! Get yours via our app on iTunes or Google Play