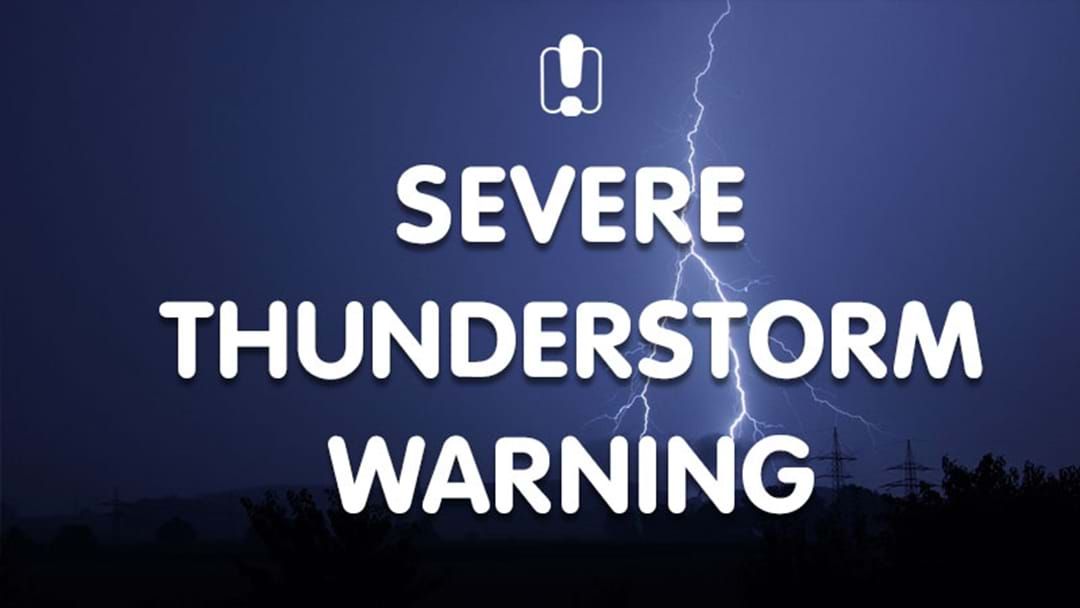 The Bureau of Meteorology warns that, at 3:35 pm, severe thunderstorms were detected on the weather radar near Hornsby, Glenorie, Colo Heights and the Yengo National Park southwest of Wollombi.

These thunderstorms are moving towards the east to southeast. They are forecast to affect Berowra, Manly and Terrey Hills by 4:05 pm and Mona Vale, waters off Bondi Beach and Dooralong by 4:35 pm.

While firefighters are still battling blazes across the state, the Bureau of Meteorology has now issued a Severe Thunderstorm Warning across parts of New South Wales, including western Sydney.

Severe thunderstorms are likely to produce heavy rainfall that may lead to flash flooding and damaging winds in the warning area over the next several hours.

Hunter, Central Tablelands and parts of Mid North Coast, Metropolitan, North West Slopes and Plains and Northern Tablelands Forecast Districts have all been listed. Locations which may be affected include Penrith, Armidale, Orange, Mudgee, Bathurst and Katoomba.

* Move your car under cover or away from trees.

* Secure or put away loose items around your house, yard and balcony.

* Keep at least 8 metres away from fallen power lines or objects that may be energised, such as fences.

* Don't walk, ride your bike or drive through flood water.

* If you are trapped by flash flooding, seek refuge in the highest available place and ring 000 if you need rescue.

* Avoid using the phone during the storm.

* Stay indoors away from windows, and keep children and pets indoors as well.

The Bureau has added, “If severe thunderstorms develop in Sydney Newcastle Wollongong or surrounding areas, a more detailed Severe Thunderstorm Warning will be issued to people in this area.”