A second man has been hospitalised 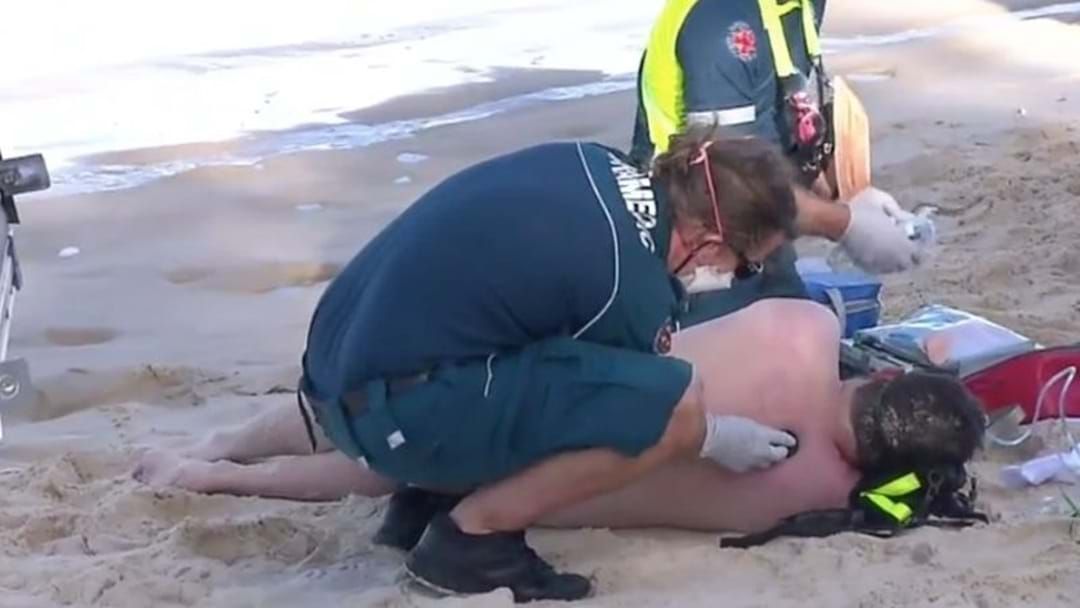 There has been another drowning on the gold coast after two men ignored the warnings of lifeguards at Main Beach on Wednesday.

Lifeguards were forced to pull the two men from the water just off Seaworld Drive at Main Beach on Wednesday afternoon.

The pair were pulled from the water before lifeguards began performing CPR on one of the men.

Despite efforts to save the man, he died at the scene after suffering a cardiac arrest.

The second man was transported to Gold Coast University Hospital in stable condition for further treatment.

“This is an incident where lifeguards told this pair to get out of the water 10 minutes before this was going to happen,” he said.

“Due to the nature of the incident, it was in an inaccessible section of the beach and a 4WD was required to retrieve the patients from the beach.

“If you swim in an unpatrolled section of the beach and you don’t follow directions of the lifeguard, you’re putting yourselves at risk.”

Mr Flory said the situation was confronting for all involved including the lifeguards who attempted CPR on the man.

“Incidents like that are never nice incidents to go to, especially when someone dies in a very public place with the circumstances that have occurred.”

Mr Flory said the man’s friend is lucky to have survived the incident and expressed his condolences to the family of the deceased.