In a rare discovery by an ametuer diver 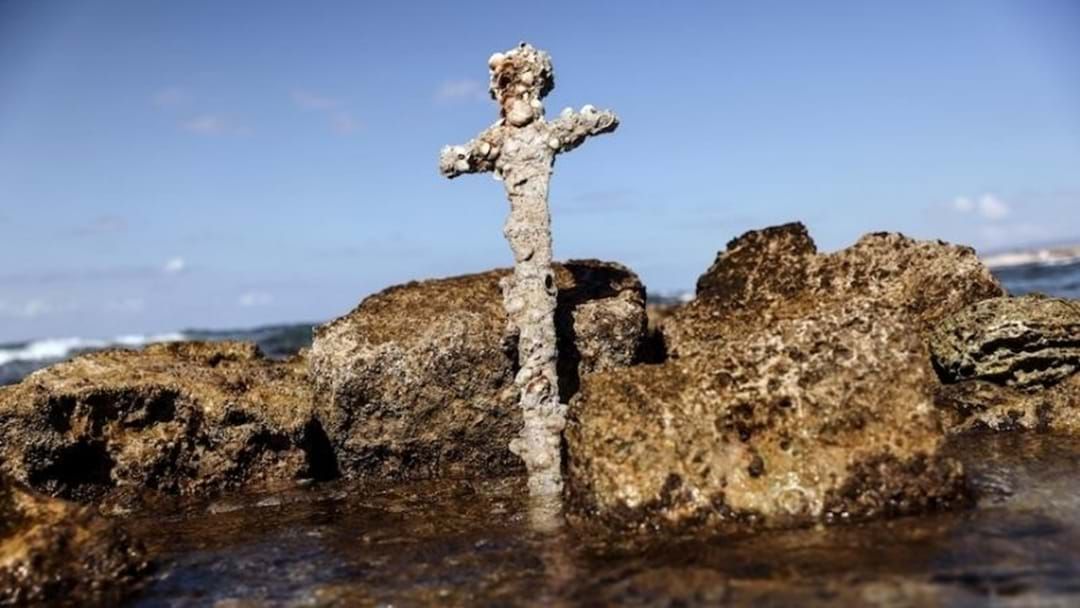 An amateur diver has discovered what looks to be a ‘crusader sword’ in the Mediterranean seabed.

A diver has made a remarkable discovery while diving in the Mediterranean Sea, recovering a sword carried by a crusader across the ‘Holy Land’ almost 1000 years ago.

The metre-long sword’s hilt, handle and blade were seen poking out of the seabed after the change in current moved the sand enough for it to become visible to the diver.

It was discovered in a natural cove near Hafia, which once acted as a shelter for seafarers during the crusades.

The crusades happened back in the 11th century and were comprised of a number of expeditions by the European Christians to take land in and around Jerusalem from Muslims.

The sword is believed to be around 900 years old and was recovered earlier this month about 200 metres offshore at four metres depth.

The sword is currently encrusted in shells and stones and will soon be restored so It can be put on display.

There is little more information regarding the owner of the sword, but archaeologists believe X-rays could reveal more information including potential engravings and hopefully a name leading to the knight who once carried the sword.