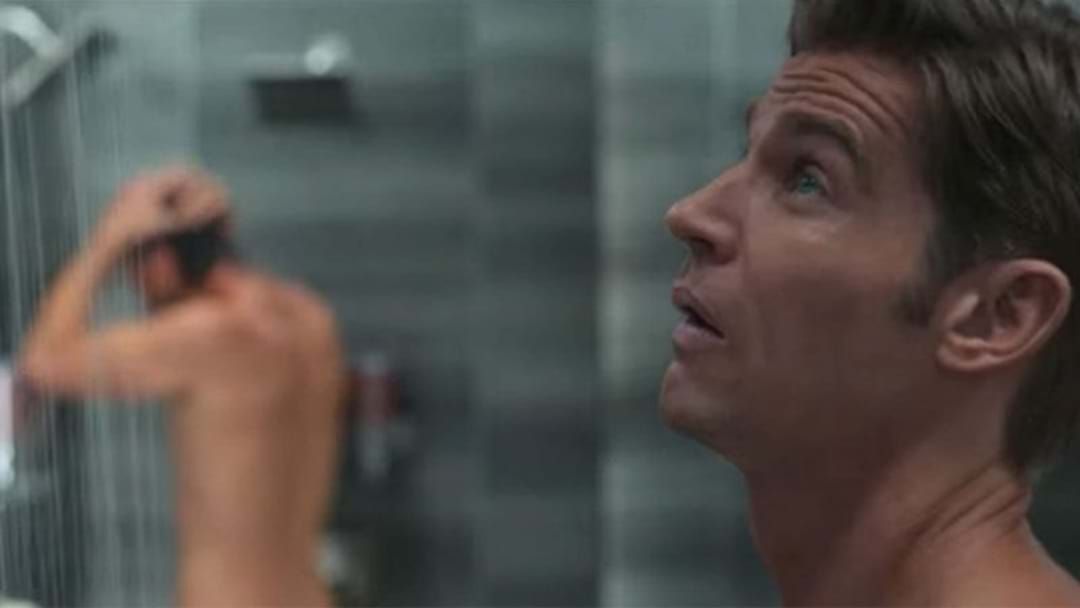 So, if you haven’t seen Sex/Life yet and you’re trying like hell to avoid spoilers, look away now! If like the rest of us, you dove straight in after its release on Netflix, we have just caught wind of a MASSIVE continuity error that has actually, sort of made us LOL.

While most of the news you may have read revolves around THAT scene in episode three… (yes, the shlong scene) there was actually something crucial I think it’s safe to say many of us missed the first time around.

In case you have absolutely no idea what we are talking about, we are referring to the scene where Aussie actor and series heart throb Adam Demos, gives us a straight up full-frontal view of his generous twig and berries.

For those who have actually seen the episode, you’d know generous is an understatement, but I digress. The reason I have actually gathered you all here today is to discuss a massive continuity error that was discovered by a fan of the show, who I can only speculate paused the shower scene, only to discover that something significant to the show’s story arc was missing.

You know how Brad constantly refers to Billie as “Bee”, which eventually results in Brad getting a tattoo of two bees on his groin to signify Brad and Billie, a.k.a two bees during one of Billie's lusty flashbacks? Well, during the shower scene the bees are nowhere to be seen!

You might be thinking, maybe he had them removed? But during a steamy facetime with Billie in the present timeline, Brad scans the camera down to his groin to give Billie a glimpse of the tattoos he never got rid of.

We find this pretty damn hilarious, given most of us quite understandably overlooked the HUGE error because our attention was, well... otherwise occupied.

Was this eye popping moment intentionally dropped at this exact time to distract us from the missing bees, or was it purely a coincidence?

While there was already speculation that a prosthetic was used because, I mean, surely… the rumour mill is now churning again and people are now speculating that a body double was used.

"I can tell you what Adam Demos says about it which is, a gentleman never tells. So, we are leaving that up to the viewer's imagination."

She also discusses the reasoning behind the jarring shower scene, implying that it’s all to empower and encourage the natural desires of women.

"Often in films or TV shows that are even allegedly about desire, sexuality, it's still so much from the male point of view."

But this isn't a man's story. This is Billie's story. And that's why scenes like this are so important," said Rukeyser.

"The camera hangs on the male bodies a little bit more than on her body because that's her gaze, that's her experience of it."

So, there you have it. While the missing tattoo definitely seems like an error, the shower scene definitely does a great job of distracting viewers from the discrepancy, even if it is unintentional!