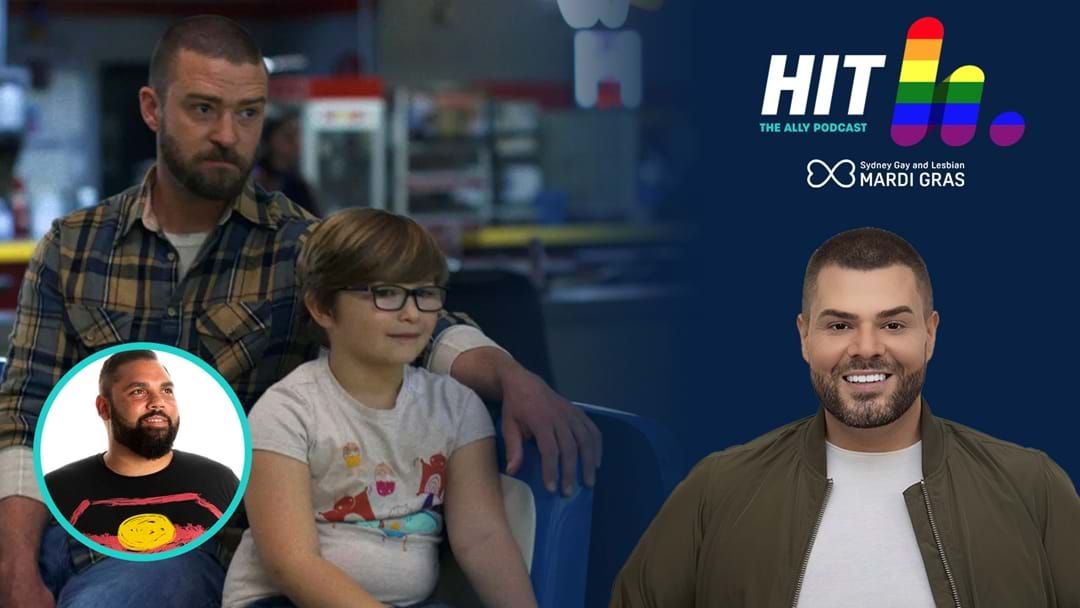 He's only 8-years-old but child actor and star of the new film Palmer starring Justin Timberlake, Ryder Allen, has left quite the mark on the viewers of the film.

Palmer is the AppleTV+ film based on the story of Eddie Palmer (Justin Timberlake) who is a man recently released from jail and finds himself raising a young boy by the name of Sam (Ryder Allen) who loves fairies, clips in his hair, and is a gorgeously unique child. When bullies come his way, Palmer has to navigate life with Sam and the two make an unbreakable bond.

Entertainment Reporter and Mr. Gay Pride finalist Justin Hill caught up with Ryder to chat about working on the movie in the first episode of 'The Ally Podcast', an initiative born from the partnership between The Hit Network and the Sydney Gay and Lesbian Mardi Gras.

Justin also caught up with Kamilaroi artist Dennis Golding to talk about his current exhibition 'Heart' and involvement with the festival as an indigenous LGBTQIA+ man. Check it out below