For a number of offences 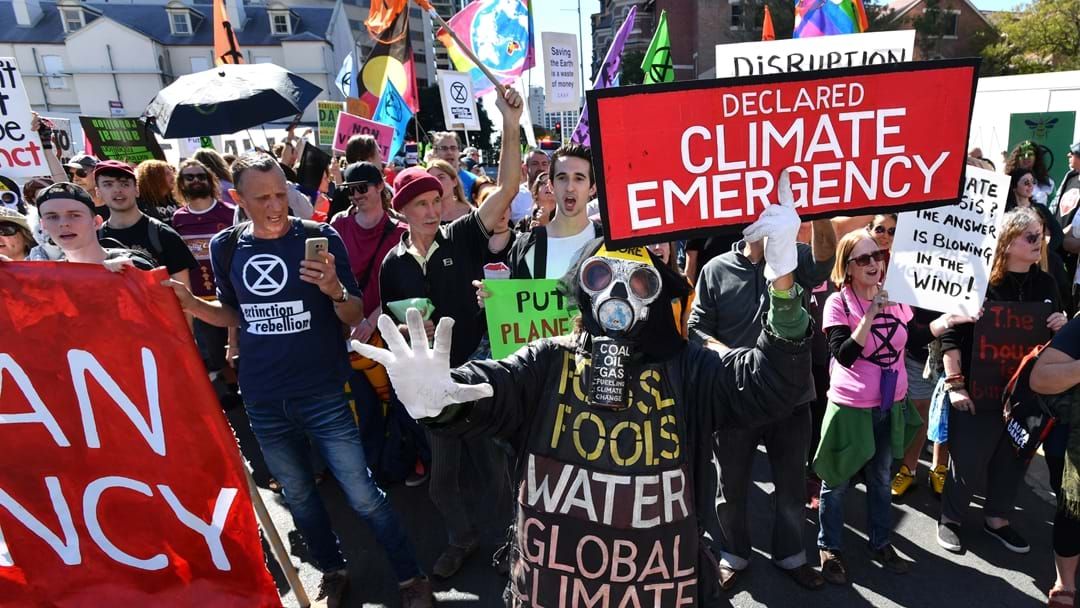 56 people have been charged following traffic disruptions in Brisbane City this morning.

The protest began this morning after 7am, with a number of people allegedly blocking traffic in the city.

Police have arrested 56 people aged between 19 and 65 for offences including contravene direction, obstruct traffic, obstruct police and breach of peace.

Extinction Rebellion spokesperson Tom Howell told the ABC that people needed to take their protests to the next level if they want to be heard about climate change:

"We cannot be ignored," he said.

"People are uncomfortable with disrupting other people's lives but it is the best option we have left to get people talking about the climate emergency, to get the Government responding to it and to kind of make the economy pay attention to it because if people can't go to work then the economy can suffer.

"Every other form of dissidence has failed.

"We've had our petitions, we've had marches, the Government is not representing the people."