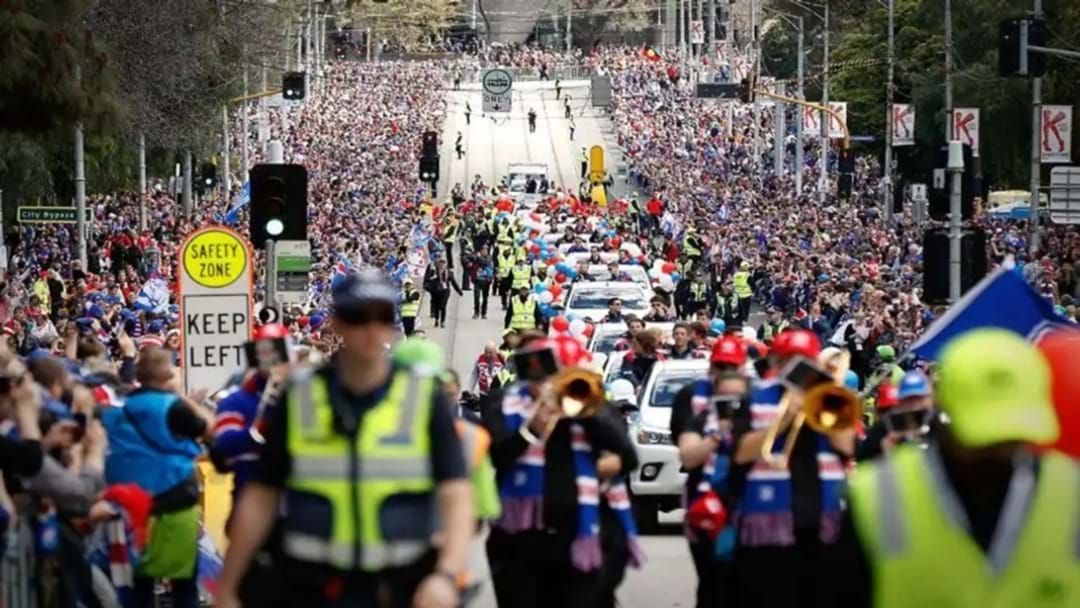 Melbourne's iconic AFL Grand Final parade has been kicked to the curb in favour of a Covid friendly event.

The traditional march which has been a highlight of Australia's sporting calendar since 1977 will now be a ticketed affair welcoming up to 20,000 fans into Marvel Stadium to watch the illustrious Premiership cup and teams circle the oval on Friday 24 September at midday.

The proposal is a significant component of a bold plan to keep the Grand Final in Melbourne after the 2020 final was played in Queensland at the Gabba due to the Covid pandemic.

This year hopes to see up to 100,000 footy fans allowed into the MGC to watch the game in what could be the largest crowd gathering since 2019.

Deemed a workable event, Lord Mayor Sally Capp said this would be a great opportunity to get Melbourne events back on track.

In the unlikely event that Melbourne falls under the covid spell again, Perth’s Optus Stadium, is a credible alternative with a capacity of more than 60,000 patrons.

The AFL have confirmed the 2021 grand final will kick off in its traditional afternoon slot of 2:30pm on September 25.